HOW IT ALL BEGAN 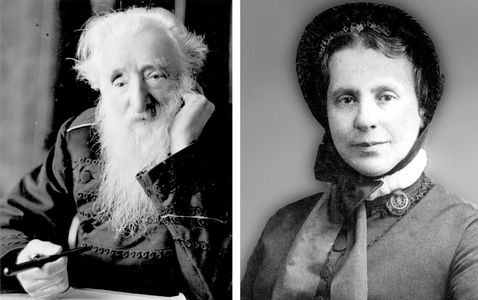 The Salvation Army is an integral part of the Christian Church, although distinctive in government and practice. The Army’s doctrine follows the mainstream of Christian belief and its articles of faith emphasise God’s saving purposes. Its objects are ‘the advancement of the Christian religion… of education, the relief of poverty, and other charitable objects beneficial to society or the community of mankind as a whole.’*

The Salvation Army began in 1865 when William Booth, a London minister, gave up the comfort of his pulpit and decided to take his message into the streets where it would reach the poor, the homeless, the hungry and the destitute.

His original aim was to send converts to established churches of the day, but soon he realized that the poor did not feel comfortable or welcome in the pews of most of the churches and chapels of Victorian England. Regular churchgoers were appalled when these shabbily dressed, unwashed people came to join them in worship. Booth decided to found a church especially for them - the East London Christian Mission. The mission grew slowly, but Booth's faith in God remained undiminished.

In May 1878, Booth summoned his son, Bramwell, and his good friend George Railton to read a proof of the Christian Mission's annual report. At the top it read: THE CHRISTIAN MISSION is A VOLUNTEER ARMY. Bramwell strongly objected to this wording. He was not a volunteer: he was compelled to do God's work. So, in a flash of inspiration, Booth crossed out 'Volunteer' and wrote 'Salvation'. The Salvation Army was born.

The rapid deployment of the first Salvationists was aided by the adoption of a quasi-military command structure in 1878 when the title, ‘The Salvation Army’, was brought into use. A similarly practical organisation today enables resources to be equally flexible. Responding to a recurrent theme in Christianity which sees the Church engaged in spiritual warfare, the Army has used to advantage certain soldierly features such as uniforms, flags and ranks to identify, inspire and regulate its endeavours.

Evangelistic and social enterprises are maintained, under the authority of the General, by full-time officers and employees, as well as soldiers who give service in their free time. The Army also benefits from the support of many adherents and friends, including those who serve on advisory boards.

Leadership in the Army is provided by commissioned officers who are recognised ministers of religion.

All Salvationists accept a disciplined and compassionate life of high moral standards which includes abstinence from alcohol and tobacco. From its earliest days the Army has accorded women equal opportunities, every rank and service being open to them and from childhood the young are encouraged to love and serve God.

Raised to evangelise, the Army spontaneously embarked on schemes for the social betterment of the poor. Such concerns have since developed, wherever the Army operates, in practical, skilled and cost-effective ways. Evolving social services meet endemic needs and specific crises worldwide. Modern facilities and highly-trained staff are employed.

The need for modern facilities and longer-term development is under continual review. Increasingly the Army’s policy and its indigenous membership allow it to cooperate with international relief agencies and governments alike.

The movement’s partnership with both private and public philanthropy will continue to bring comfort to the needy, while the proclamation of God’s redemptive love offers individuals and communities the opportunity to enjoy a better life on earth and a place in Christ’s everlasting Kingdom.

The Salvation Army is currently led by General André Cox, who was elected as the 20th General on 3 August 2013.

THE SALVATION ARMY IN RUSSIA 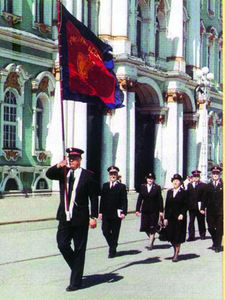 Work was initiated in Russia in 1910 by Colonel Jens Povlsen of Denmark but circumstances necessitated his withdrawal after 18 months. Army operations then recommenced in St Petersburg in 1913 as an extension to the work in Finland. After the Feburary 1917 revolution the work flourished, Russia became a distinct command and reinforcements arrived from Sweden. However, as result of the October revolution they had to be withdrawn at the end of 1918, leaving 40 Russian and Finnish officers to continue the work under extreme hardship until the Army was finally proscribed in 1923.

Salvation Army activities were officially recommenced in Eastern Europe in July 1991, overseen by the Norway, Iceland and The Faeroes Territory with the arrival of Lieut-Colonels John and Bjorg Bjartveit.

It became a distinct command in November 1992. Under the leadership of Commissioner Reinder J. Schurink, the work was extended to Ukraine (1993), Georgia (1993) and Moldova (1994). The Army commenced work in Romania in 1999. On 1 June 2001 the command was redesigned the Eastern Europe Command. It was elevated to territory status on 1 March 2005.

1 Fugust 2015 brought about a significant change in the structure of The Salvation Army in Eastern Europe with Russia becoming a command on its own under the leadership of the first Russian officer commanding, Lieut-Colonel Alexander Kharkov. Today The Salvation Army in Russia serves in 14 cities around the country and continue meeting spiritual, soul and material needs of people in Jesus Name.