HUMAN TRAFFICKING is a form of modern-day slavery where people profit from the control and exploitation of others. Victims are forced, defrauded, or coerced into trafficking. Even if victims initially offer consent, that consent is rendered meaningless by the actions of the traffickers to exploit them for labor, services, or commercial sex.

The Salvation Army is deeply committed to the modern-day fight against human trafficking. Modern slavery is an umbrella term including human trafficking for sex, labour or organs, exploitative labour practices, child labour and early and forced marriage.

The Salvation Army believes in the biblical principles of the inherent and equal value of all persons and the duty to care for one’s neighbour.

The exploitation of human beings commodifies and dehumanises the individuals who are trafficked, rewards the inhumanity of the traffickers, and weakens the moral, social and economic fabric of society. The Salvation Army is opposed to the abuse of power against other human beings that is inherent in modern slavery and human trafficking.

Transformation and healing of hearts and minds of everyone involved in modern slavery and human trafficking is both necessary and possible. 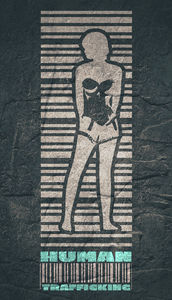 There is the Salvation Army project "Anti-Human Trafficking Awareness Raising" in Russia, which includes:

IF you consider yourself a victim of modern slavery and need help,

IF you suspect that one of your relatives or friends could become a victim of modern slavery,