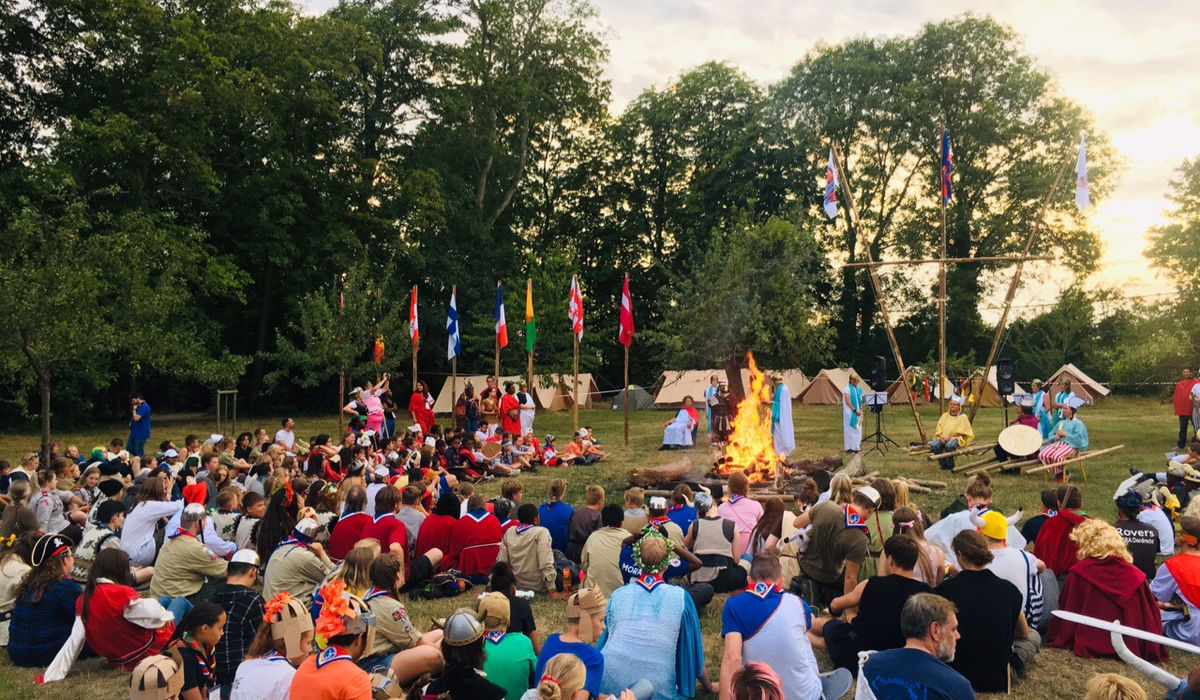 In 2019, the scouting movement of the Salvation Army in France turned 100 years old, and in Belgium — 90 years old!

The leaders of the scout movement of the Salvation Army in Russia become participants in the 10-day jamboree (rally of scouts) dedicated to the celebration of these round dates.

More than 400 people from different countries gathered together in the suburbs of Paris in order to inspire each other, share experiences and, of course, get to know each other and have a good time. 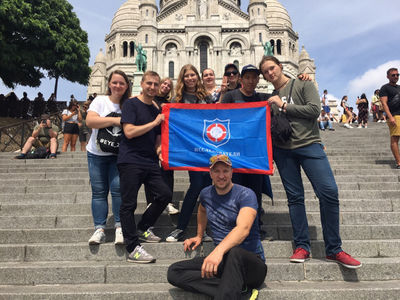 All the participants lived in tents and gathered in the evenings around the fire. We talked about our country and the Salvation Army in Russia, taught foreign scouts to play “Trickle” and “Golden Gate”, participated and won the competition, together were afraid of heights in the rope park, conducted master classes on painting nesting dolls, gathered a huge balalaika from logs participated in the fair. For a week we lived a real scout life!

We felt a special unity on the day when all the participants arrived in the center of Paris in the same T-shirts. We walked to the Eiffel Tower, shouting friendly chants from different countries.

Major David Vandebelg (Youth Secretary of France and Belgium Territory) shared his testimony. He spoke about the impact of scouting on the young people of the territory. Many who first became acquainted with the Army came to the church precisely through the scout program, as did many officers!

Philippe Clement (national leader of the Scout movement in France and Belgium Territory) was awarded the founder’s order (the highest order of the Salvation Army) for serving young people through the Scout program for 40 years, for his contribution to the social and spiritual development of children and youth.

Scouting is a multifaceted movement, good for many, but especially for children and youth. In our Command, we offer safe classes that help build character and change lives for the better, so that as adults, young people can become responsible persones who actively participate in society.

Robert Stephenson Smyth Baden-Powell (founder of the scouting movement) in his last letter to the scouts wrote: “The main thing that you should try to do is bring happiness to other people's lives.”

The scouts of the Salvation Army hold this position today.

We believe that through the scout movement, people's lives will change.

Our national tie of scouts consists of the same colors as the flag of the Salvation Army (yellow, blue, red), which reflects our faith in the Triune God. 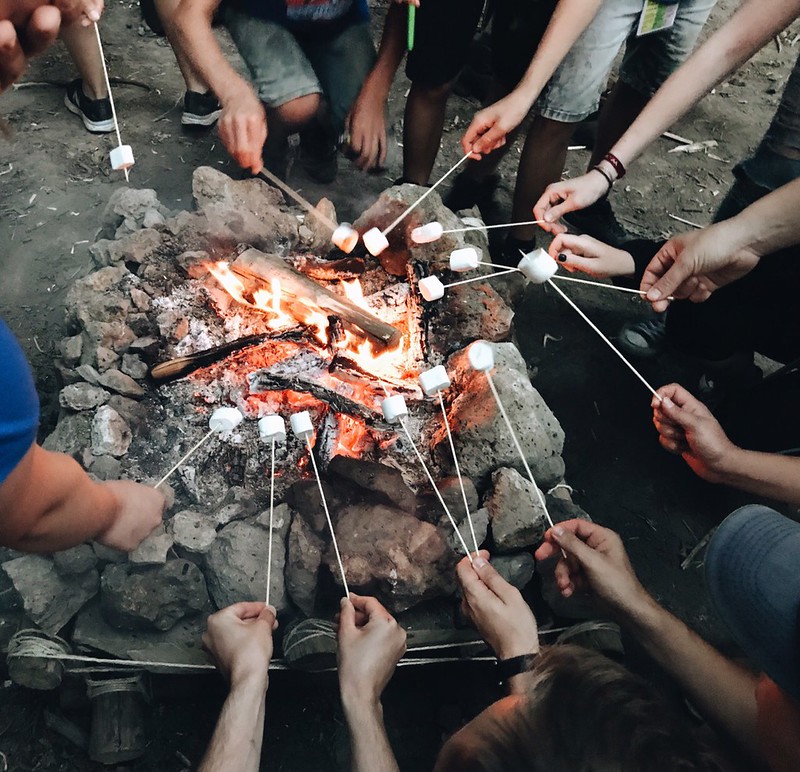 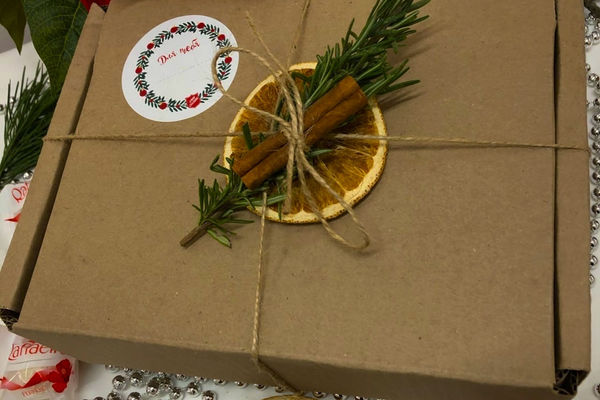 Winter Events in Command 2019-2020
Winter in the churches of the Salvation Army in Russia, as always, is rich with vivid and memorable events. This is not only a time for the celebration of Christmas and the New Year, but also an opportunity to bring joy and light to those who especially need it at such a time. 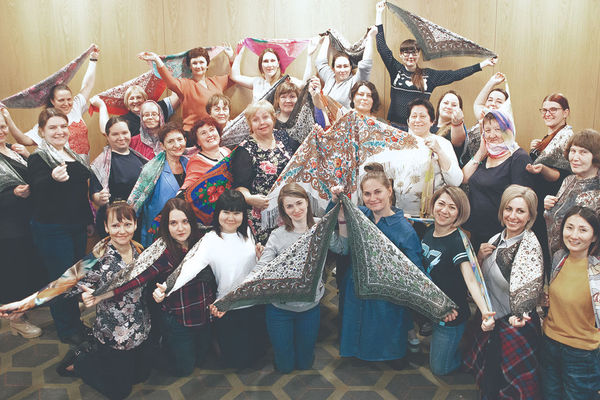 The Salvation Army Women's Ministry Leaders Conference
On November 8-10, 2019, a conference was held in Moscow for leaders of the women's ministry of the Command of Russia. God gave each participants His gifts and talents and entrusted to serve in the corps, helping many women to be strengthened in His Word, care, protection, patience and love. 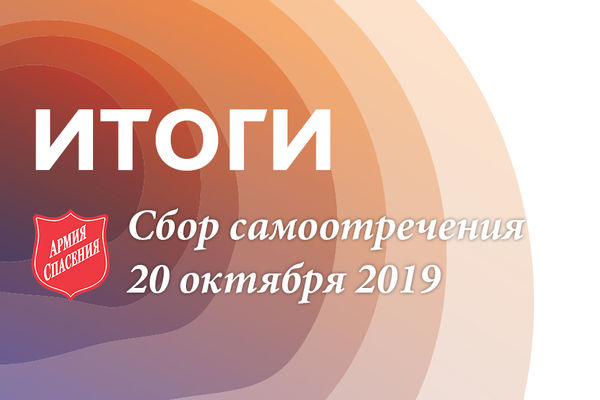 Results of Self-Denail Appeal 2019 BE THE CHANGE
On October 20, all the churches of the Salvation Army in Russia held the annual Self-Denial Appeal "Be The Change."
Войти
Войти